Sometimes we want to sample from a distribution that we don’t necessarily know how to sample from directly (i.e. it isn’t one of the distributions that comes built-in to our favorite software package). The classic example is generating random points uniformly distributed within a circle. The idea is to enclose the circle within a square. It is easy to generate uniform points inside of a square. We do that, and then throw away all points that don’t fall inside the circle. Here is some python code that does this:

This script generates the following plots 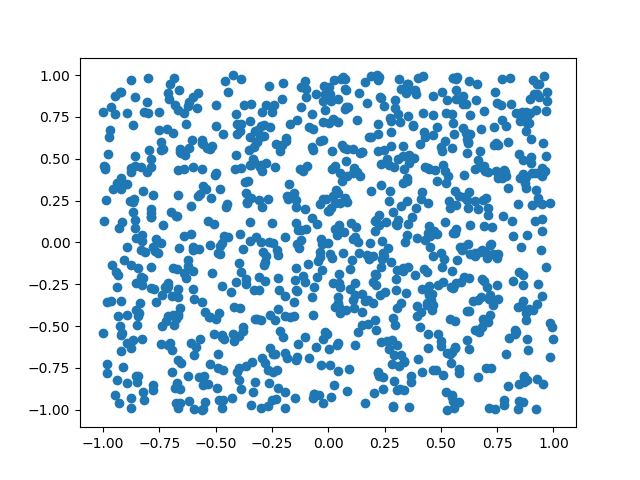 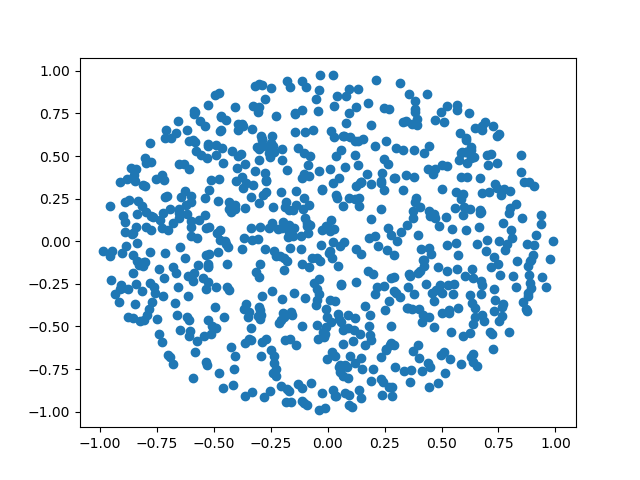 Informally, the algorithm samples a point from some distribution and then decides whether to accept or reject (hence rejection sampling) according to some rule.

Let \(p\) be the distribution of interest and \(q\) be the propsal distribution. The rejection sampling algorithm is as follows

The intuition for why this works is that for a fixed \(x\) only accept according to the ratio of \(p\) and \(q\) which corrects for the areas that we are oversampling due to the envelope principle.

It is important to note that rejection sampling is very inefficient in high-dimensional spaces because the acceptance probability will almost always be very small. Here is some code implementing rejection sampling for a Gaussian mixture model using a Gaussian distribution as the proposal distribution (the two densities shown above are the densities used in this example): 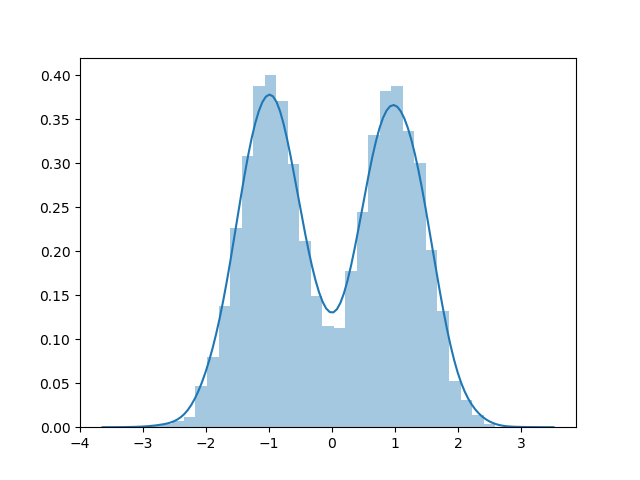 Here is a dataset sampled directly: 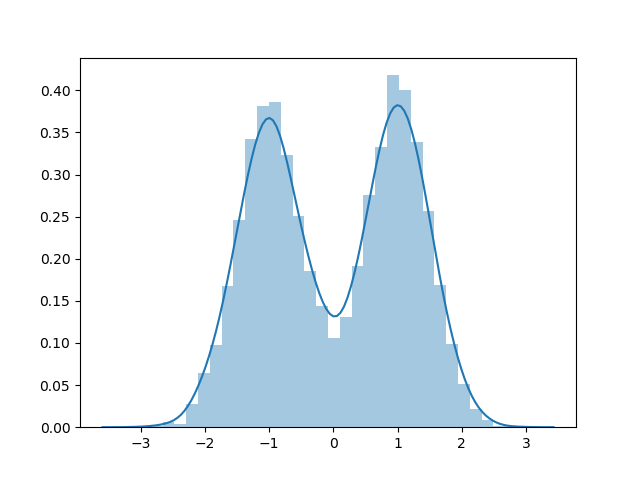 This method involves some tedious bookkeeping and computing the intersection of hyperplanes.

There is no reason that this idea of adapting a proposal distribution is limited to rejection sampling. It can also be used to improve the convergence of Metropolis sampling. There are several papers in the citations of the Rejection sampling Wikipedia page that develop this idea.

Another cool variation of rejection sampling is the Ziggurat algorithm. The Wikipedia page has a really nice animation of the idea.